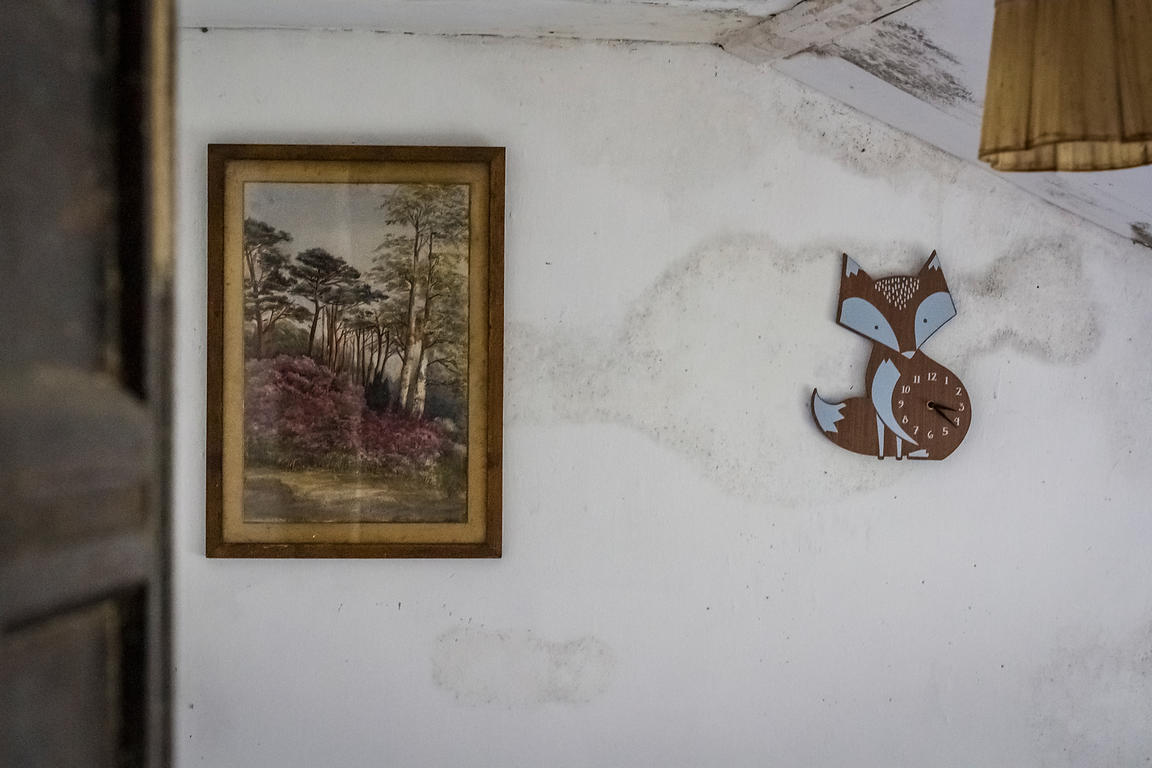 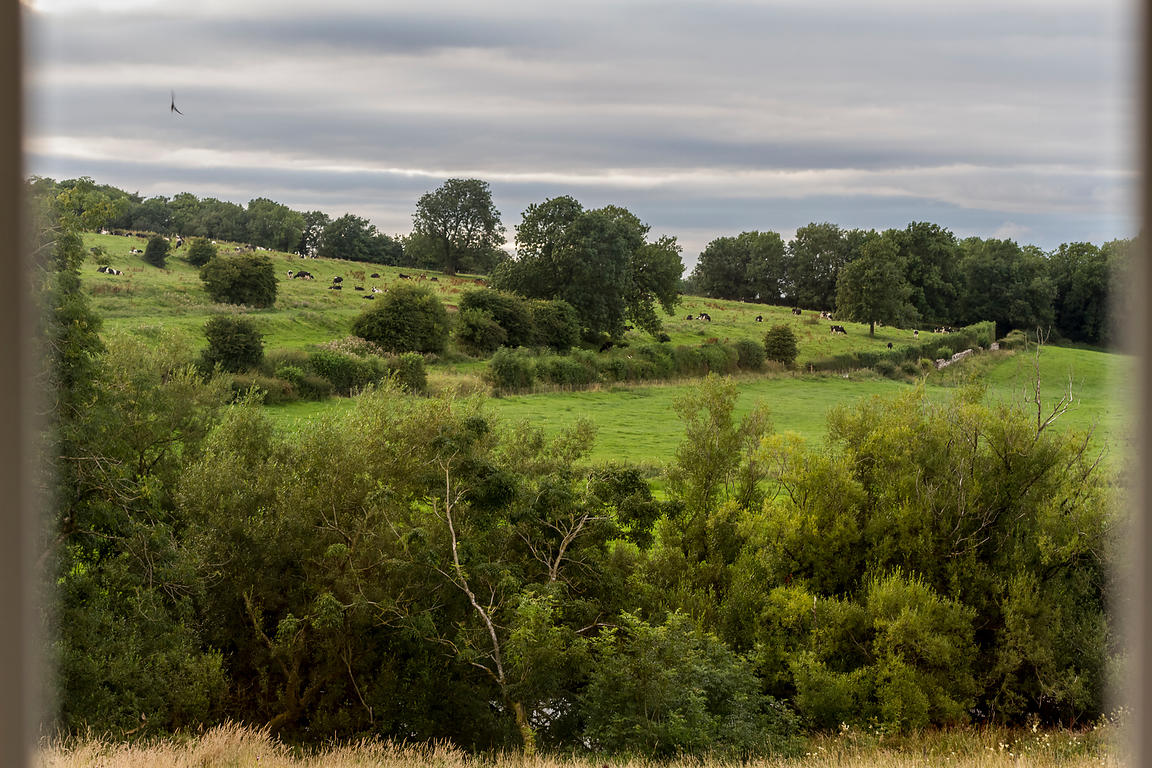 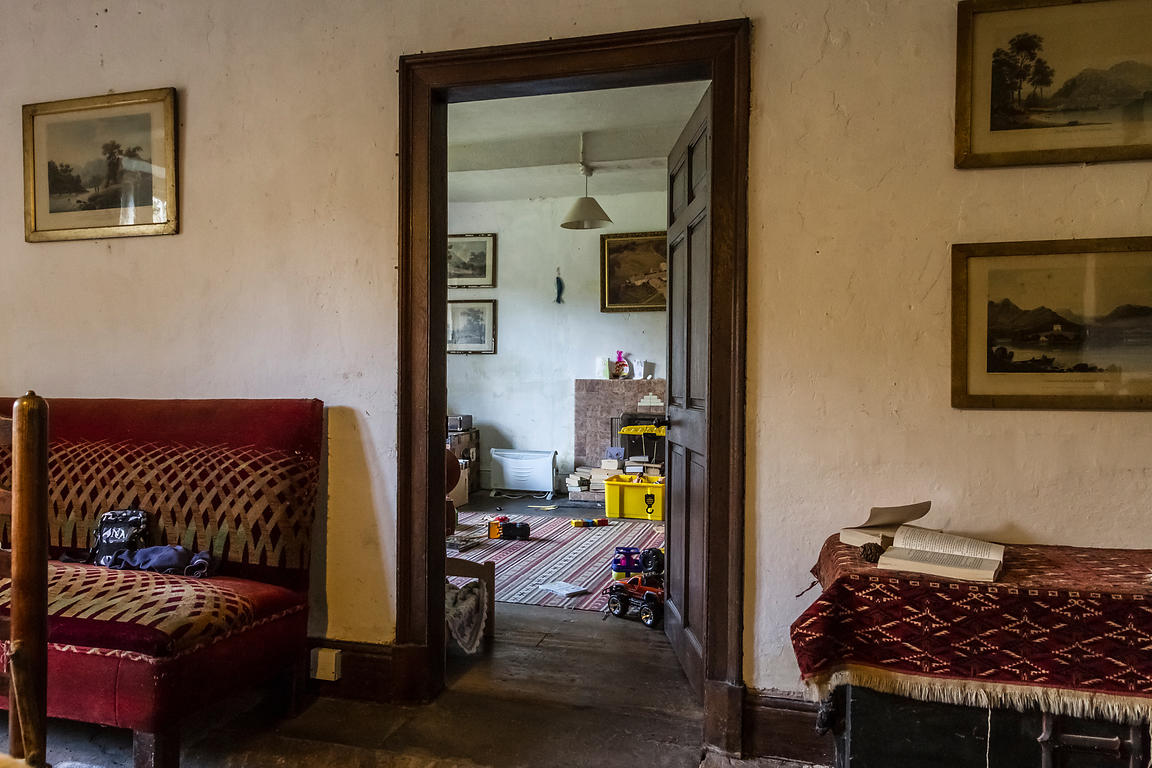 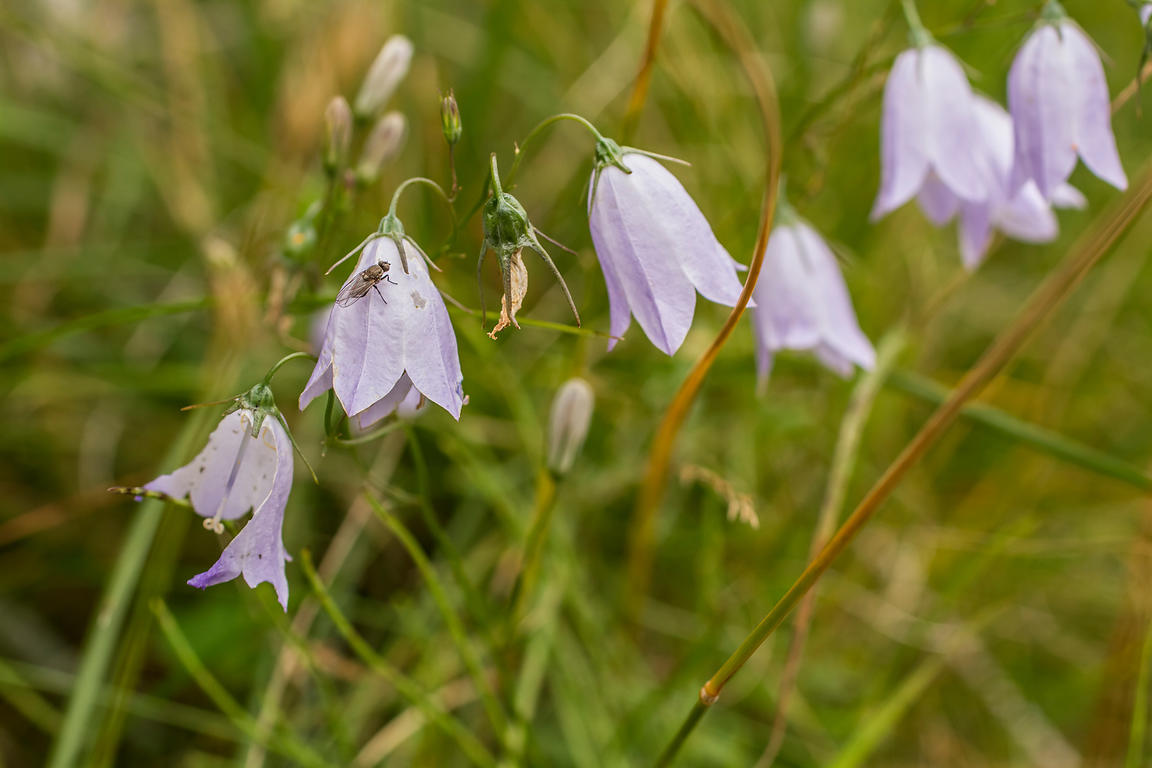 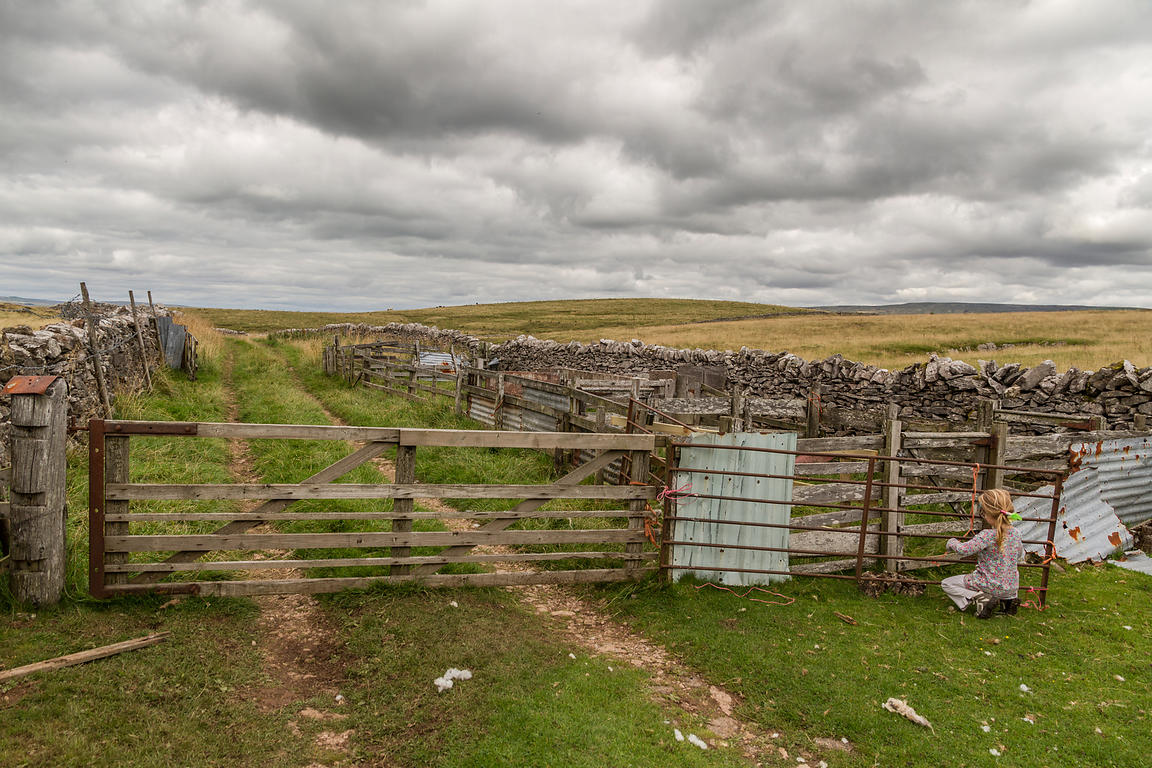 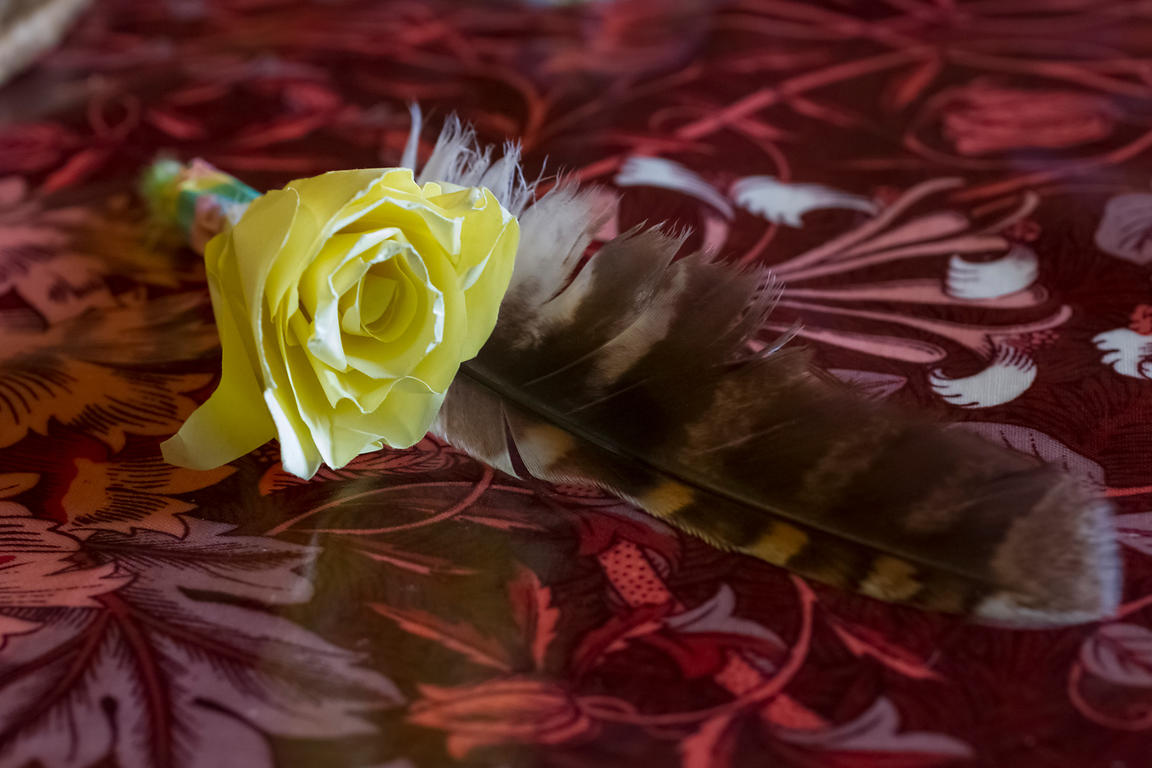 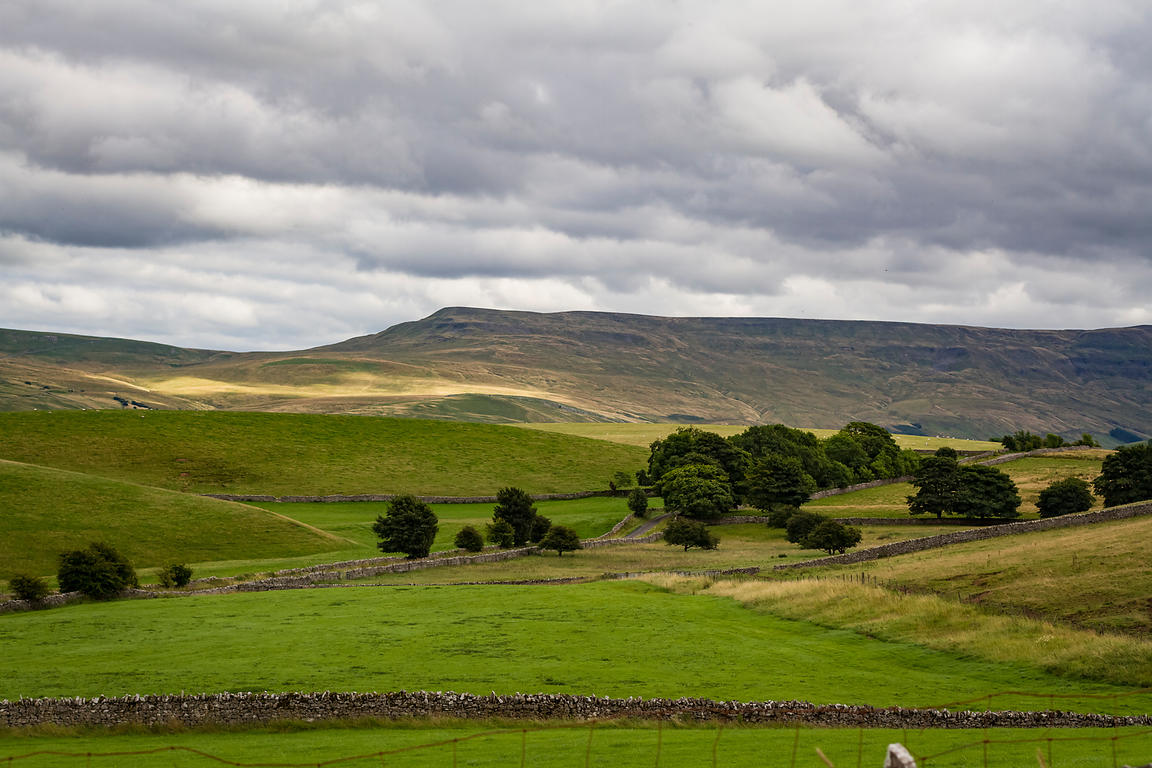 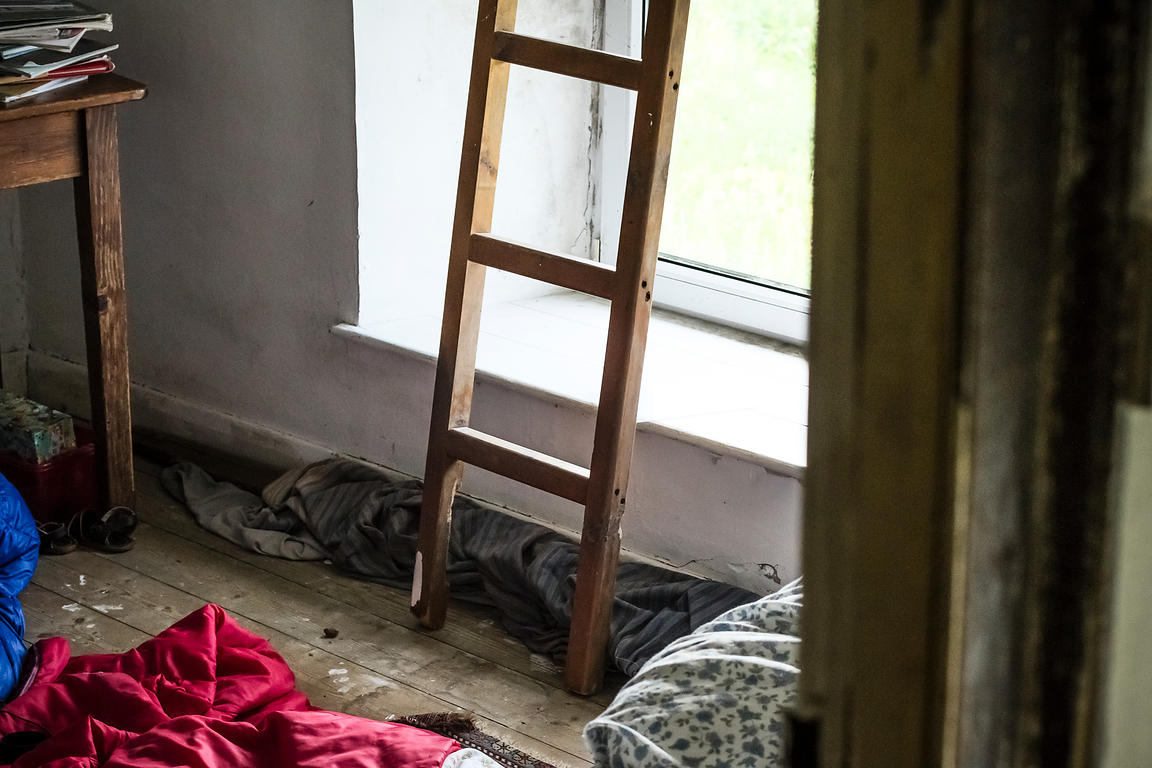 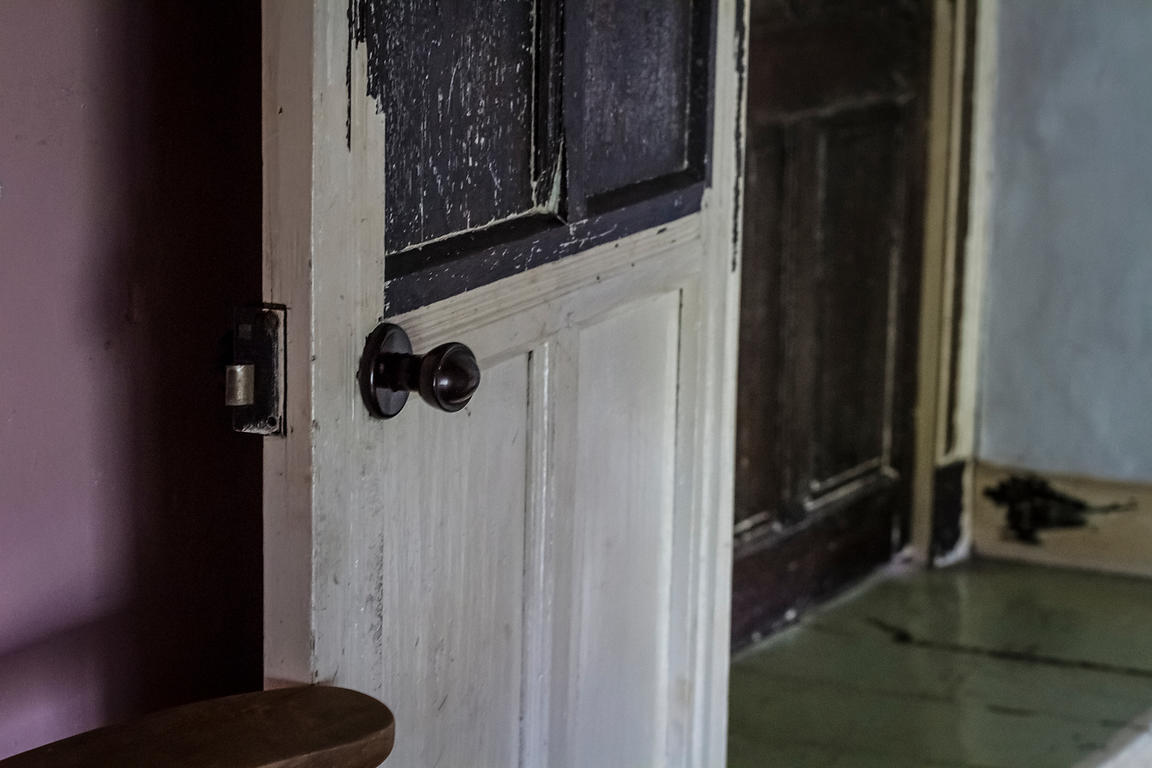 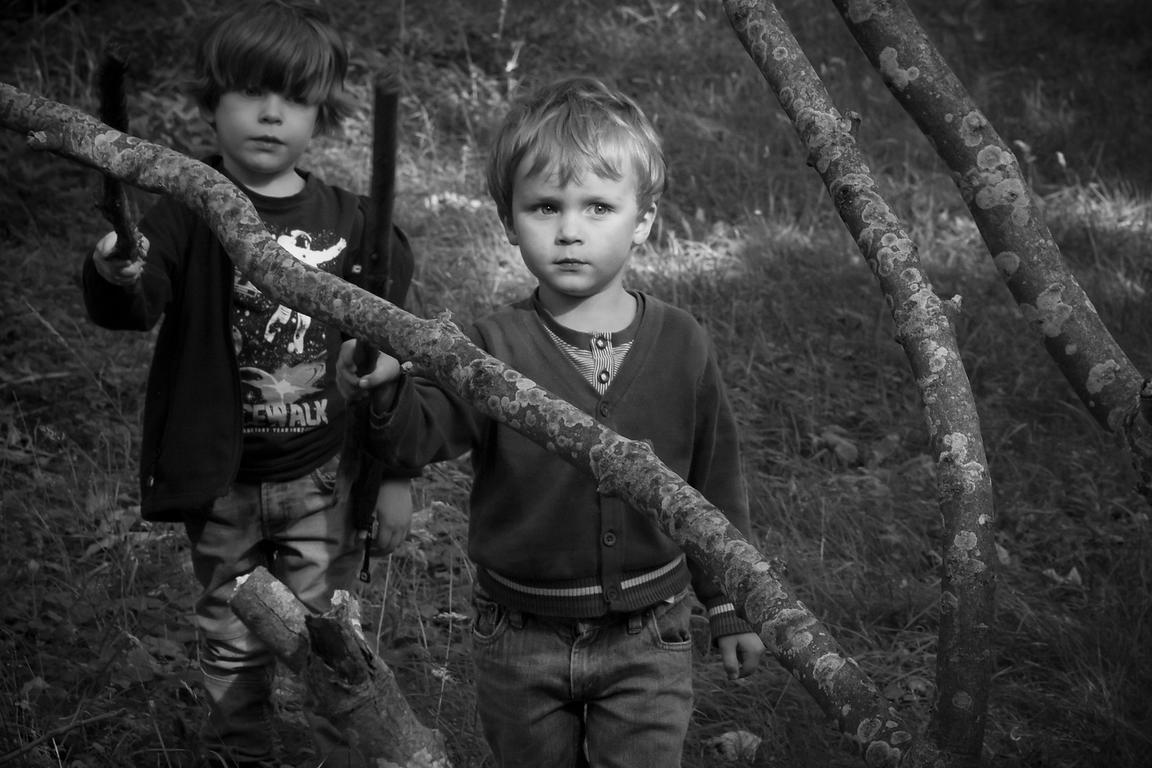 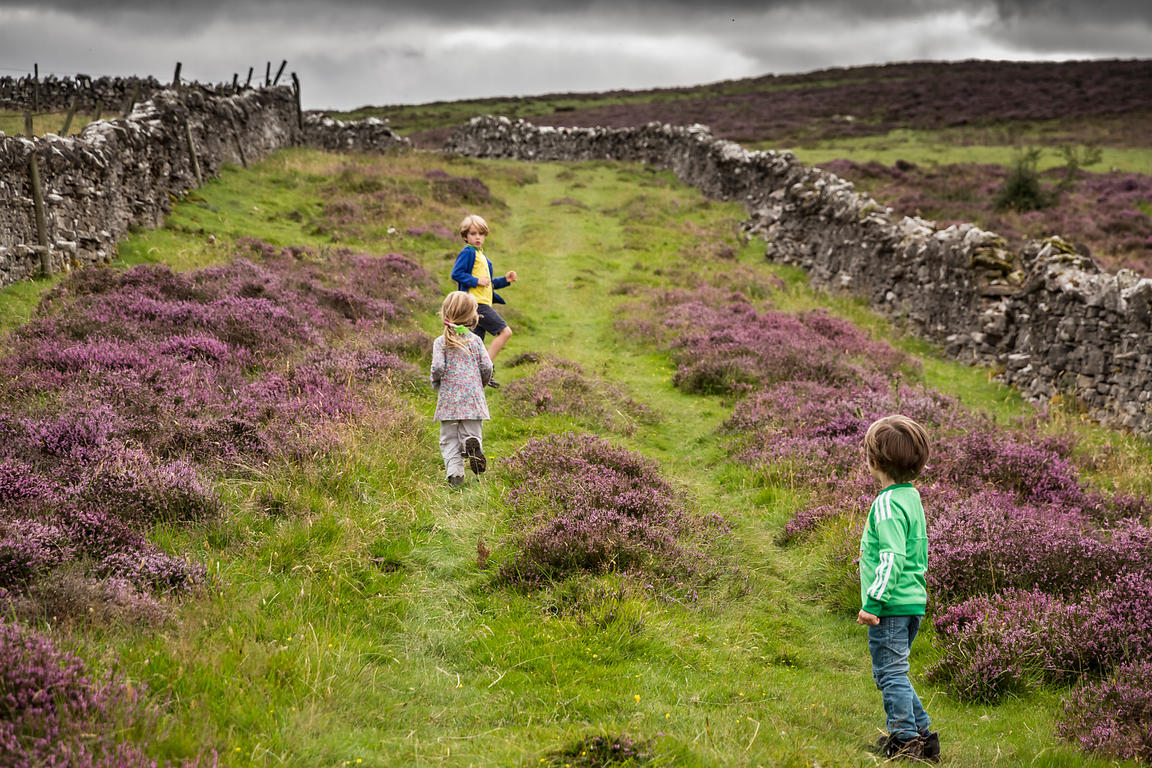 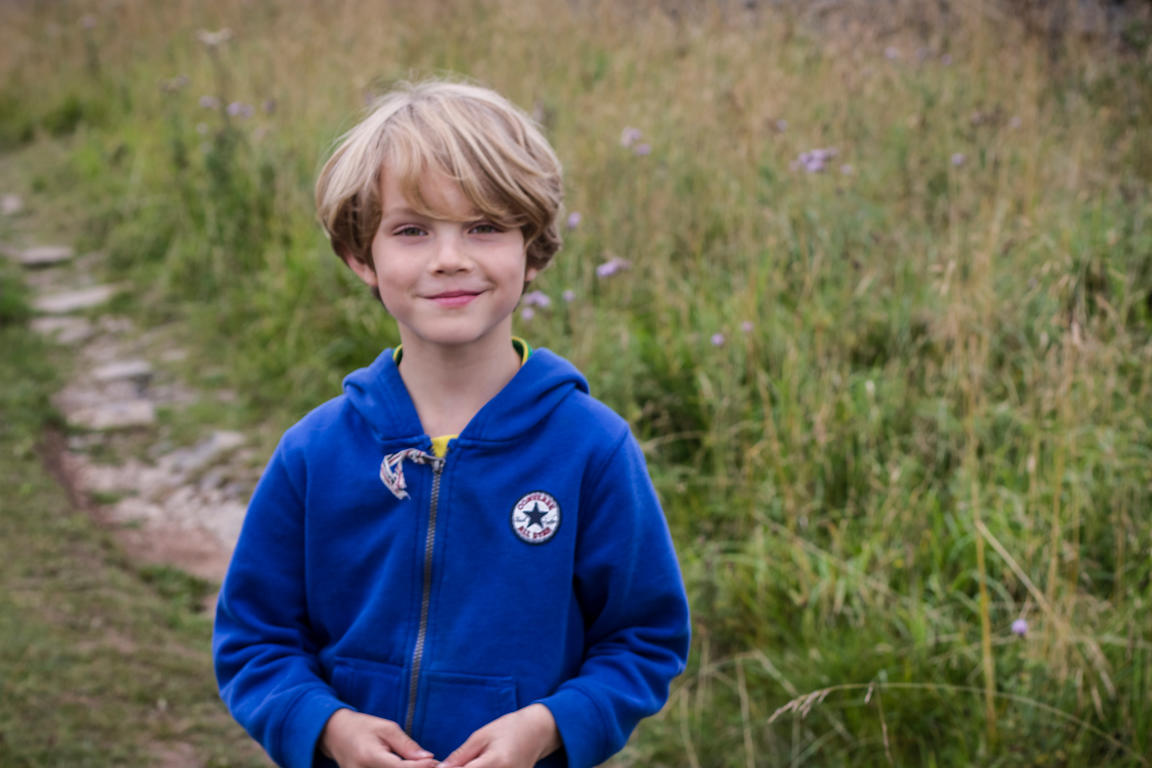 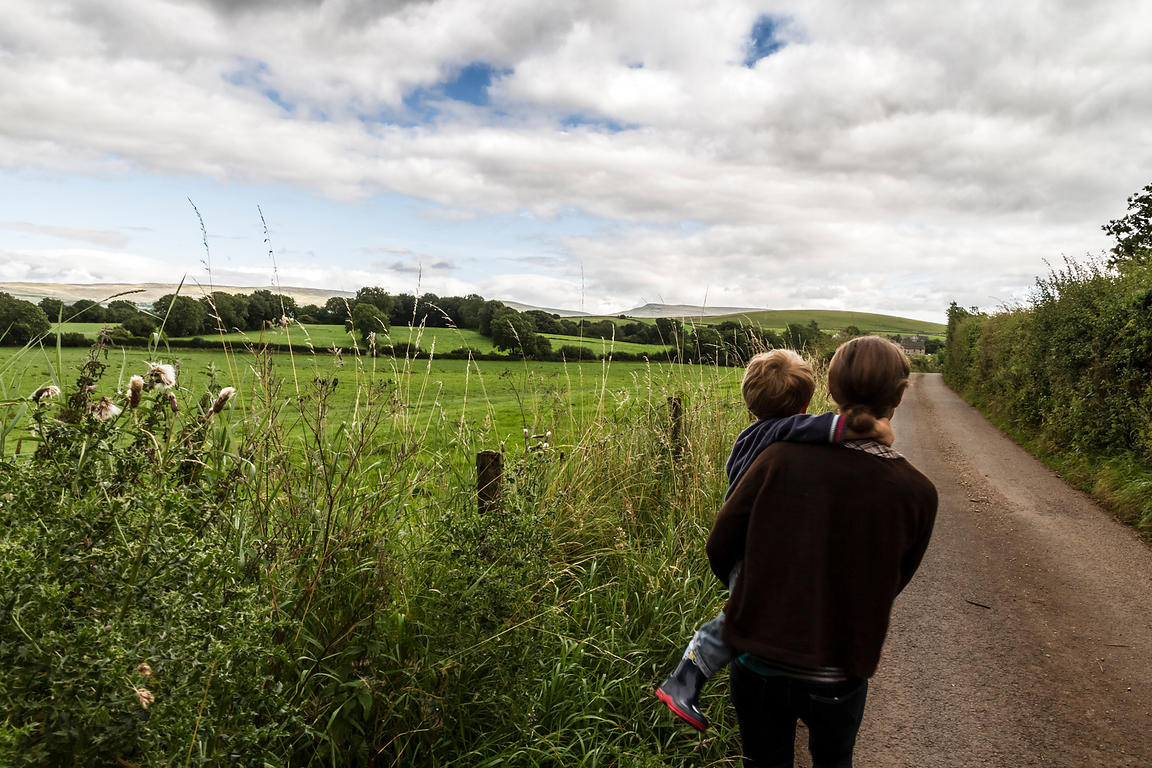 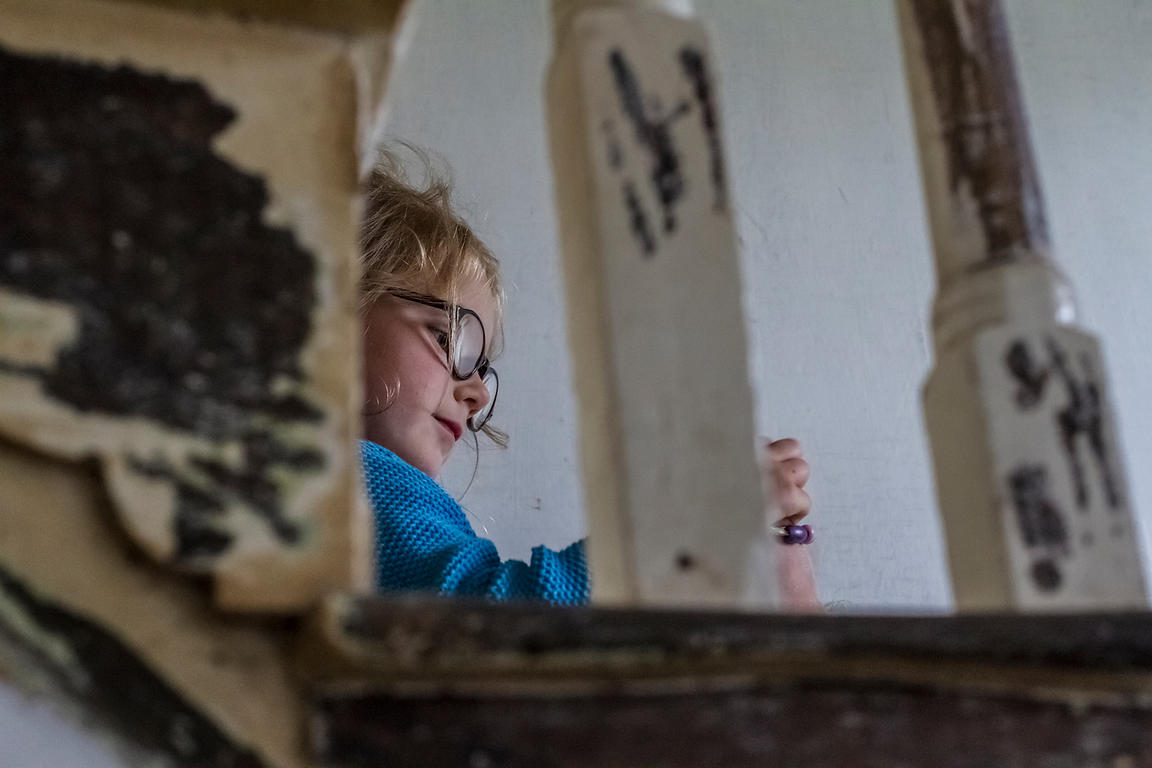 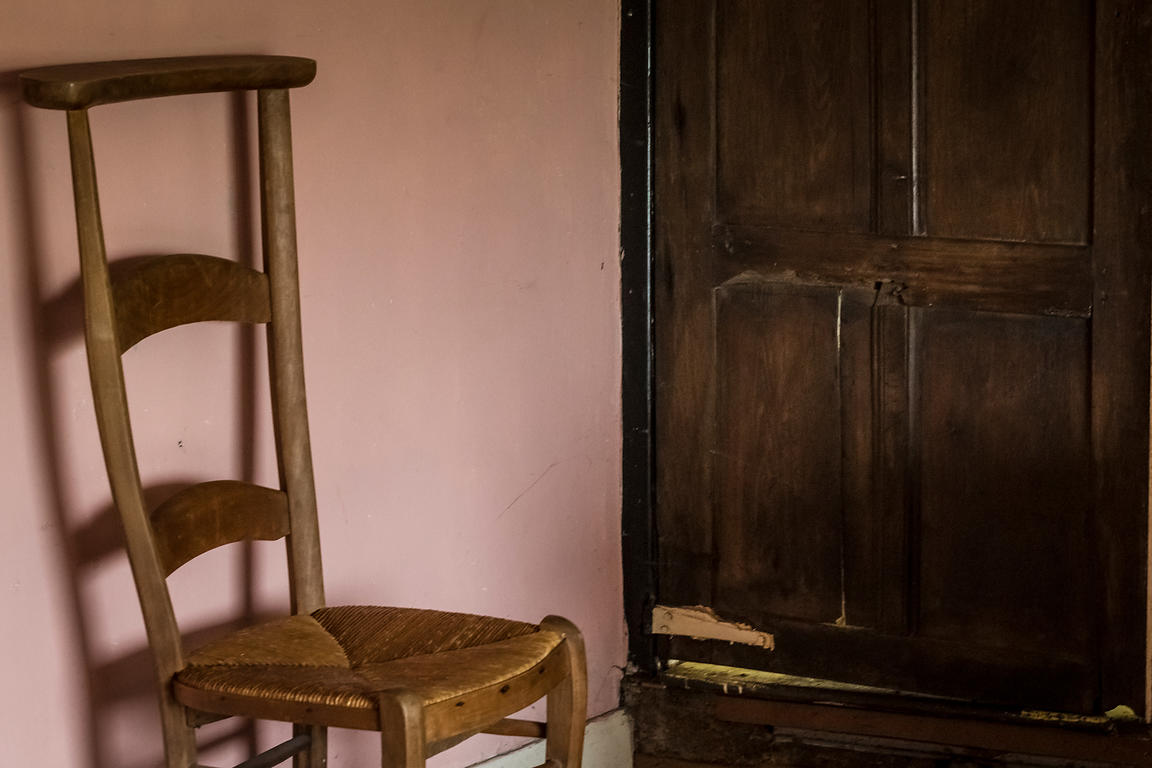 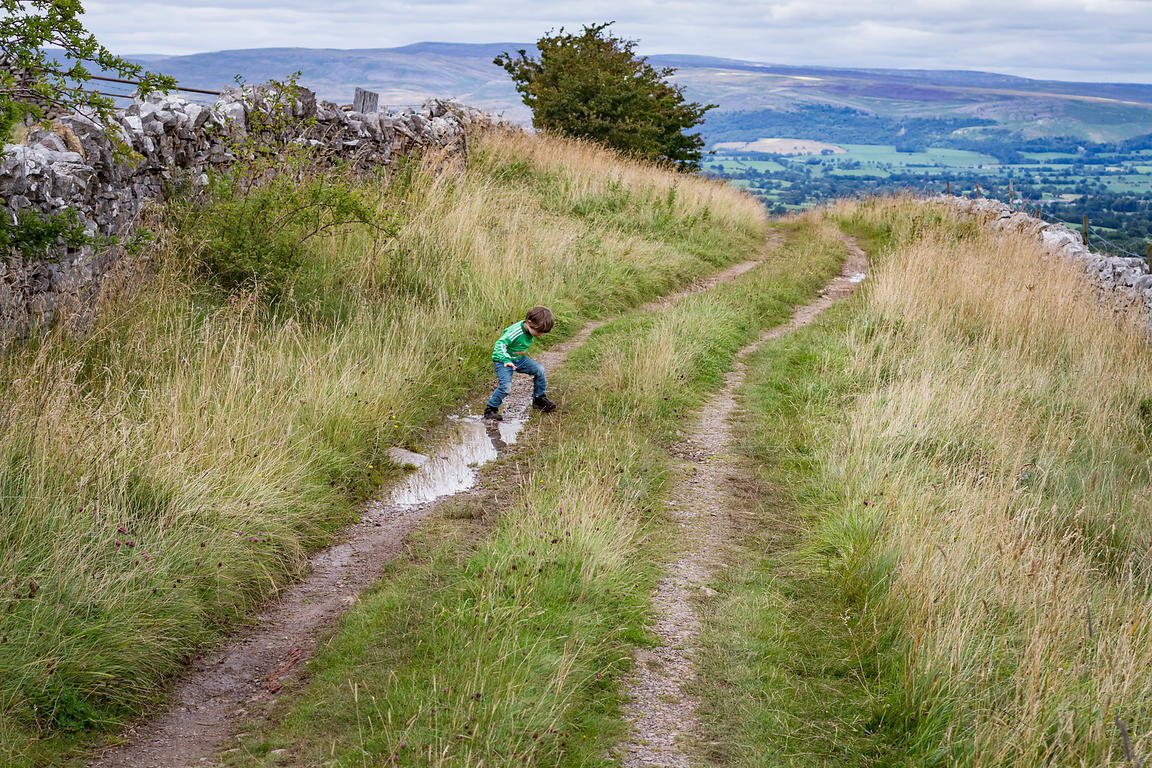 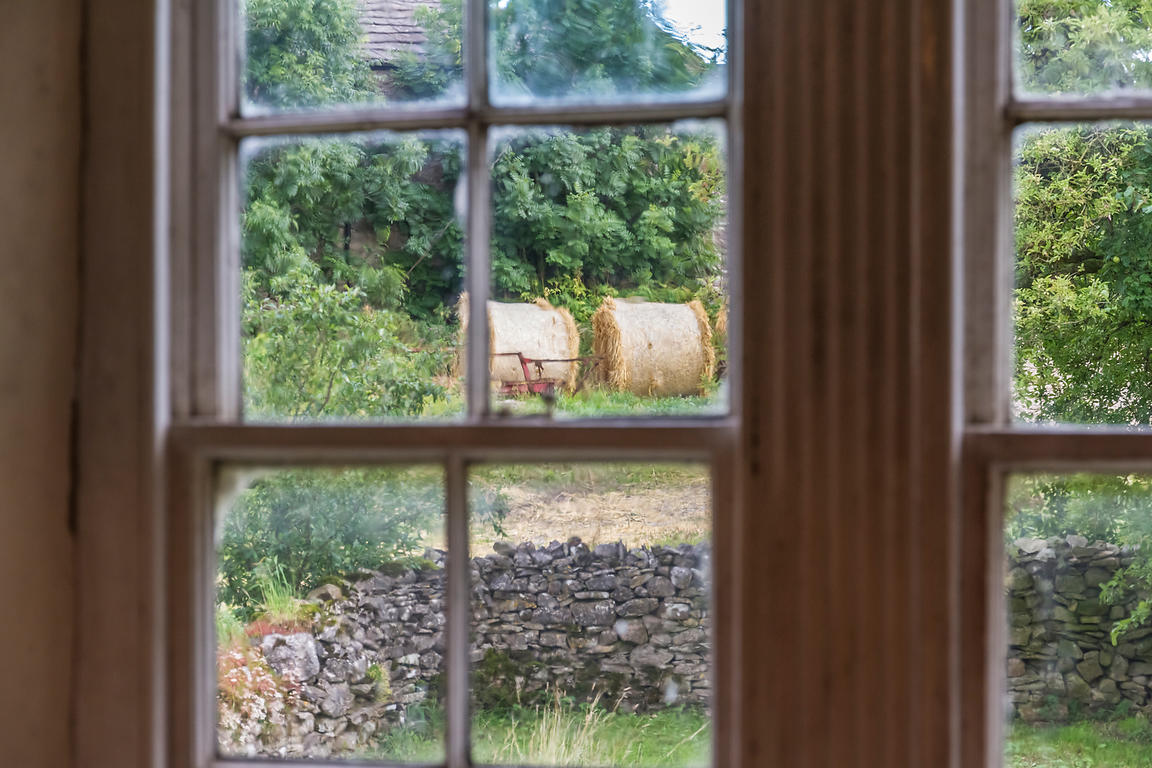 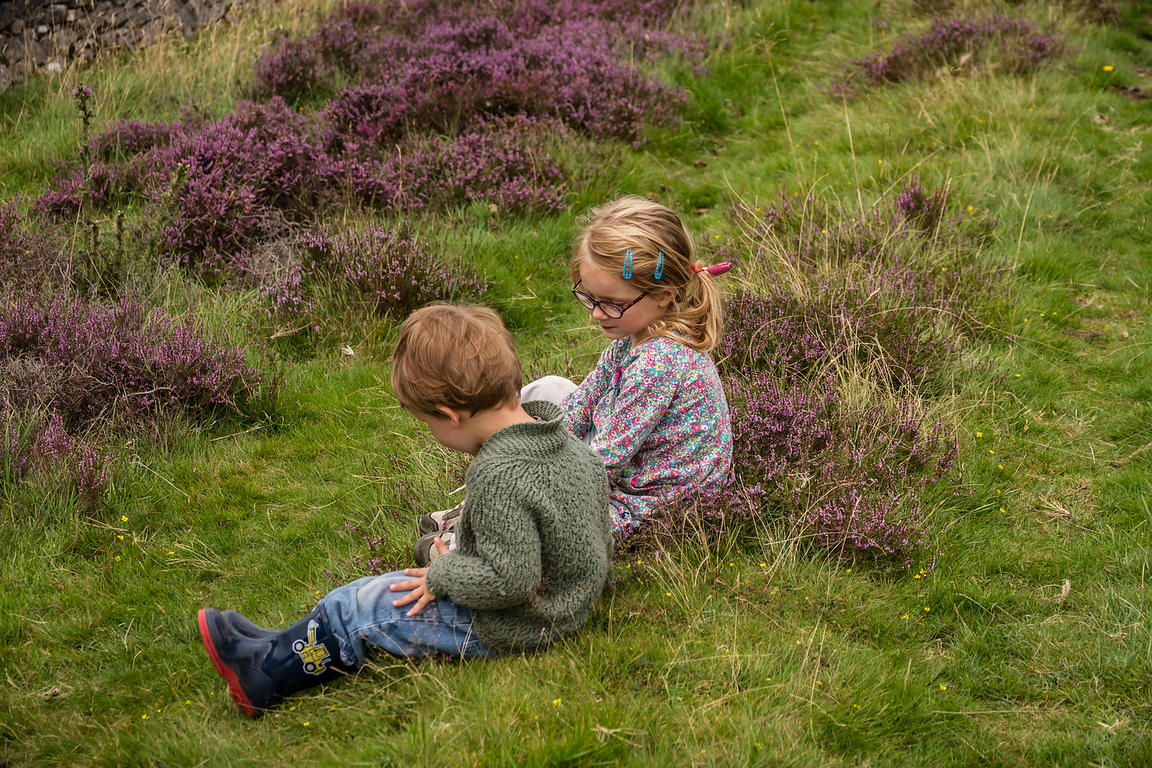 Two years ago in August, my husband’s father died. He had been suffering from lung cancer, and it was not unexpected, but he declined very quickly from his initial diagnosis, some time in early March of that year.

I had begun running just after an old college friend, with whom I had all but lost touch bar the odd Facebook message, died from an aggressive brain tumour. I found that running was my therapy, my outlet. I found it difficult to deal with my grief and regret behind closed doors, but under an open sky and with a pounding heart, it was possible to sob. When my father-in-law was diagnosed so soon after my friend died, cancer seemed to overwhelm my life. My aunt and cousin had died of different forms of cancer the preceding year; one thing after another. Somehow it seemed miraculous and unfair that my life continued, and it made me determined to not let it slip by, uncared for. So I started to run in earnest. I decided to sign up for a Cancer Research run, and after a month or so I determined that it was no use doing things by half: I was to go from being a total novice who could run for no longer than a minute at a time to a half marathon in just over six months. I ran, I sobbed, I swore; eventually I got to know every path in the local area, where we had recently moved. Suddenly all my old fears about being a woman alone in the landscape evaporated, and instead I began to feel a part of it. 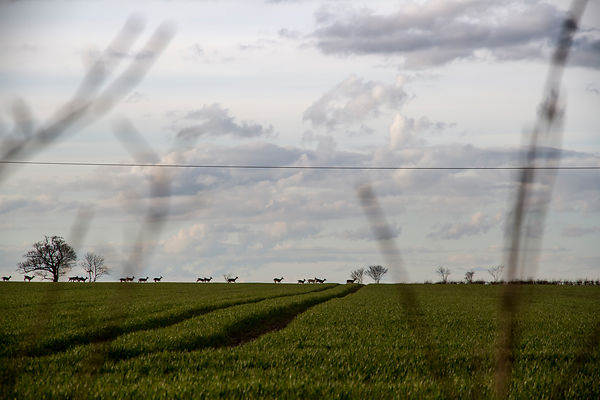 The open skies of Stebbing, fallow deer on the horizon (iPhone image)

As the seasons progressed I found comfort in the beauty of great skies and small things. A raindrop on a blade of grass, butterflies emerging in spring; the sound of hives awakening, or the colour pop of wildflowers in bloom. There was a big joy in following the shadows of dragonflies and dancing butterflies, though sometimes this joy was accompanied by an overwhelming feeling of loss, heaped on other losses; every new grief reawakens an old one. And all the while buzzards' cries echoed as they circled high above. 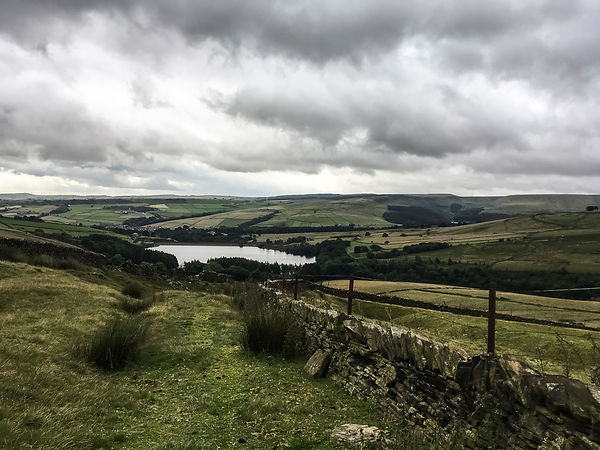 Taken on my iPhone, in the valleys near Holmfirth.

We went to my friend’s memorial service in Yorkshire in July. I ran. I saw a kestrel hover as I stopped to catch my breath. I thought of her, in the valleys and hills she loved. 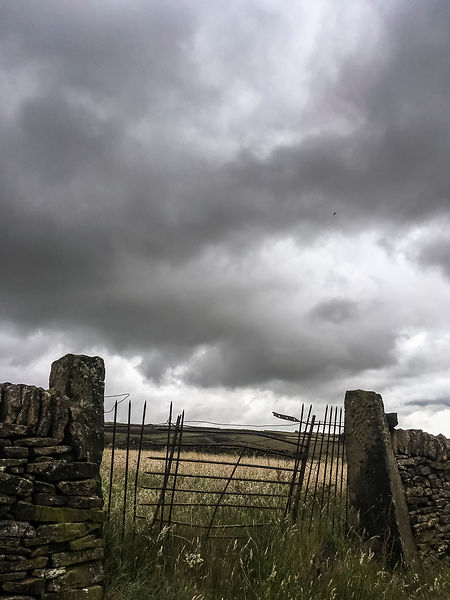 A distant kestrel in the leaden skies (iPhone image)

And then in early August my father-in-law died. He had gone to hospital as an emergency, not feeling well, and had slipped away as he was being prepared for an investigatory scan. All the fears of a prolonged illness - unbearable indignities, indescribable pain, a loss of agency - were gone, only to be replaced by heartbreak.

In the days following we all gathered around my mother-in-law, at the house so recently just become hers, not theirs. It had been his dream to live in Norfolk, and a move begun before his illness, was completed during it, a great distraction from his failing health. The realisation of his dream became a very real comfort in his last days. Despite this, as we gathered in the wake of his death, the visual cues of absence were not so strongly present as they might have been in the house where the children had grown up. Instead, boxes of photographs, potted memories, were pored over: the fabric of life remembered. And then there was the waiting, while the funeral was arranged. The short break my husband and I had planned with our son fell at this time, and we were urged to go. 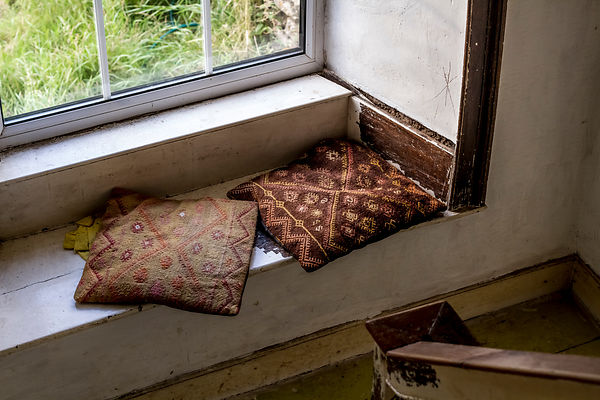 I had got in touch with an old friend. She invited us up to stay in her and her partner’s second home, a ramshackle and tumbledown old house in Cumbria, much in need of work but in the grand scheme of things a place for the future. Their kindness was to provide food and shelter, quiet friendship and unobtrusive but ready sympathy, and their children as ready and willing company for our son. 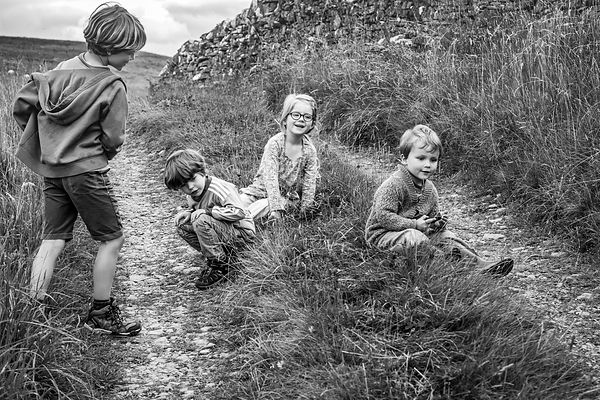 Meanwhile I ran on unfamiliar hills, took photos, and my husband - the eldest of the four - wrote his eulogy. Being a guitarist, he also arranged one of his dad’s favourite songs to play at the funeral.

These photos are of those few days, when kindness came in the shape of time, space, and food. 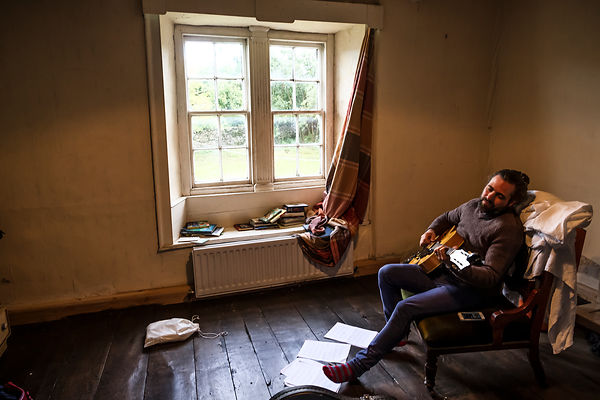